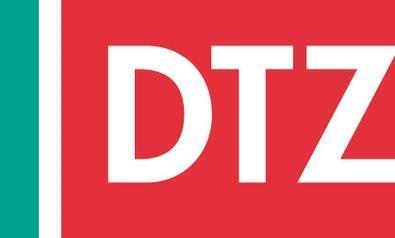 DTZ has posted a full year £35.1m pre-tax loss after being hit by restructuring costs and falling revenue but has secured a new £15m credit facility and met its cost-cutting targets.

The property services firm in its results for the period up to April 2009 published this morning said it had also made an exceptional charge of £44.6m taking its full-year reported loss to £79.7m compared to a 2008 profit of £5.6m.

The higher than expected one-off charge comprises £17.3m of restructuring and redundancy costs and a non-cash impairment charge of £27.3m relating to the sale of DTZ’s 50% interest in US property services business DTZ Rockwood.

Credit facilities strengthened
However, DTZ, which has been engaged in a turnaround restructure lead by former investment banker Paul Idzik, has secured an additional £15m credit facility from its largest shareholder SGP Investors, the French investor controlled by the Mathy family.

The additional facility will allow further restructuring of its banking facilities and resetting of its loan covenants.

Idzik said its cost cutting programme was also ‘progressing well’ and it had made annualised cost savings of £30m. A further £20m of savings would be made by the end of April next year while the ‘group is working to accelerate and increase further realisable cost reductions’.

He said: ‘The changing economic landscape has meant that this year has been a period of adjustment and adaptation, not just to ensure that we are better placed to deal with the current industry-wide reality, but also to create a more stable platform for future growth. Difficult decisions have had to be taken, but, throughout, the group’s future has been the guiding factor.

‘Since January, we have taken aggressive action to reduce operating costs, rationalise headcount and enhance the discipline within our budgeting, marketing and reporting processes. We are transitioning our divisions to operate as united businesses in order to accelerate the development of specialised skills and the delivery of a globally joined-up product for clients. These changes, coupled with the group’s strengthened financial position, will ensure that DTZ emerges from this ongoing process of change more ‘match-fit’ and competitive, and well poised to enjoy the growth opportunities that will return as markets recover.’

Gough, analyst at housebroker Cazenove, said it thought the ‘bigger than expected exceptional cost’ was the new management’s attempt to ‘put all the bad news behind it and return to profitability this year’.

He said the DTZ’s position had been ‘substantiallly strengthened’ through restructuring, the successful £48.7m equity raise in January 2009, and the additional £15m mezzanine credit facility.