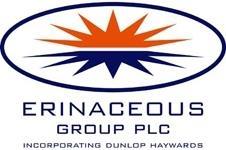 Troubled property services firm Erinaceous is to be renamed as part of an overhaul which will see it move away from the ‘one-stop shop’ philosophy it was founded on.

The 460-strong commercial property division will be renamed NAI Capital UK, as the company tries to make a clean brake from the name and structure that have seen its share price tumble from 392p to 9p this year.

The new company will combine the commercial property investment and management divisions as well as professional services, which were previously run as separate divisions, and be distinct from the residential arm of the company, which will also be rebranded.

The rebranding is part of an overhaul at group level revealed by Property Week today, which will include the sale of Erinaceous’ insurance division, likely to take place in the New Year. It will also look to sell off property holdings in an effort to raise more than £100m and reduce its debt levels.

Yesterday Erinaceous announced that it could undertake a debt-for-equity swap in an effort to reduce its debt, which is thought to stand at more than £200m. It said that this action would be likely to significantly dilute the holdings of current shareholders.

In September it announced that it had breached banking covenants and was paying a penal interest rate.

The rebranding will be launched in the New Year. NAI Capital will have its own board, with Stuart Hicks as managing director, Geoff Egan as chairman and John Slater as financial director. It is thought that the board will operate independently from a radically reduced holding company which will remain listed on the London Stock Exchange.

The company will also move away from marketing itself as a ‘one-stop shop’ and from buying and selling properties on its own balance sheet, a strategy that the City did not like.

Hicks said that the restructure will allow the company to look forwards and make a clean past from this year’s turbulence. ‘There are obviously challenges ahead of us, but there are a lot of good people in this business, and bringing these teams together will allow us to undertake a proper integration and move forwards.

‘There are a large number of clients that have stuck with us, and I am grateful for the loyalty and respect they have shown. This will now allow us to offer them a properly joined up strategy and a better service.’