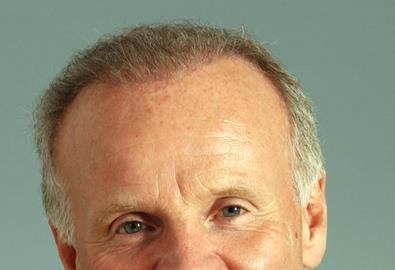 Evans Randall has set up a $500m (£323m) joint venture with National Bank of Abu Dhabi to provide mezzanine debt to investors looking to pick up bargains in the devastated European property market.

The London-based investment banking and private equity group, which specialises in alternative assets, such as property, has signed a memorandum of understanding with National Bank of Abu Dhabi to form the joint venture, which will have no debt and focus on the UK and German markets. Most of the $500m of equity will come from clients of the bank.

‘We’ve done a lot of work in the Gulf over the last year and developed a relationship with the bank,’ said Mike Evans, chairman and chief executive of Evans Randall. ‘Their clients are interested in European property, especially because the pound is weak against the dollar.’

The joint venture will aim to pay annual cash returns of between 8% and 12% to investors with a projected internal rate of return of 15%-20%. It aims to capitalise on the growing gap in the capital structure of property investments between senior debt and equity.

Most banks are only prepared to lend around 60% of the value of a deal. If an investor puts up 25% with its own equity, the 15% gap would be plugged by a mezzanine debt provider.

The joint venture will be led by Andrew Haines, managing director of Evans Randall Capital Partners, who joined earlier this year from Capmark Europe, where he was head of real estate finance.

It will charge investors interest of 20% a year. This will add around 200 basis points to the senior debt rate, which, at today’s five-year swap rate level, is around 3.5%.

The all-in debt interest rate would, therefore, be around 5.5%, which is significantly less than current property yields.

Evans Randall, which was formed in September 1993, has become a leading investor in prime property in both the UK and western Europe. It sources, arranges, underwrites and manages investments on behalf of itself and its investor clients.

Evans said there were no banking covenant issues with the buildings, because none of them have loan-to-value covenants, only income cover covenants.