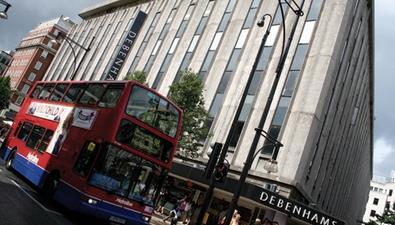 Womenswear chain Principles has been sold to department store chain Debenhams after it went into administration.

But Debenhams has only agreed to buy its stock and 121 concessions within Debenhams stores.

Principles' 85 stores and 172-non Debenhams concessions have not been sold by administrator Deloitte.

Principles was part of Mosaic Fashions which went into administration last week.

Mosaic’s clothing brands, including Oasis and Karen Millen, were sold to its former management and Icelandic bank Kaupthing. Its footwear business Shoe Studio group was sold to Dune.

Lee Manning, Deloitte’s joint administrator on the case, said: ‘Given current market conditions, we have been unable to find a suitable buyer to take the business on as a going concern. Debenhams will be acquiring most of the Principles’ shop stock, including that in the 121 concessions within its stores. We have given Debenhams a temporary non-exclusive licence to continue operating the Principles brand.’

He added: ‘Unfortunately there will be significant redundancies over the coming weeks, and we can confirm that yesterday 110 head office staff were made redundant.’

Former Principles boss Peter Davies had been hoping to buy the chain but Debenhams was the successful bidder.