Further trial to be held over Ritz Hotel sale con 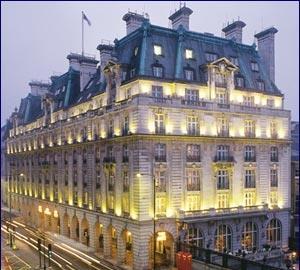 A High Court Judge today ruled that a full trial is to be held to determine who is responsible for repaying a £1m deposit that was paid as part of a scam deal to buy the Ritz Hotel in London.

Anthony Lee, a former lorry driver, convinced London Allied Holdings, a Guernsey-based investor, that the Barclays Brothers had agreed to sell him the Ritz for £200m, despite its estimated market value at the time of £450m to £600m.

In October 2006, Lee told London Allied he had received a better offer.

He asked for a ‘non-refundable deposit’ of £1m from London Allied to secure the deal. This was paid on 15 December by a Dutch company, Apvodedo, which had agreed to buy the hotel from London Allied for £258m. Lee promised to provide the sale contract in January.

In March 2007, London Allied applied for Lee’s assets to be frozen and launched legal proceedings to recover the deposit.

By this time Lee had transferred more than £438,000 to his partner, Patrick Dolan.

'There was no prospect of Mr Lee and Mr Dolan acquiring the Ritz for £200m or selling it on to London Allied for £250m,' he said, 'nor could they have possibly have had any grounds for believing that they did have any prospect.'

Today a judge ruled a full trial was necessary to determine who is responsible for repaying the £1m deposit as Apvodedo has in the meantime begun legal action to reclaim the £1m deposit from London Allied.