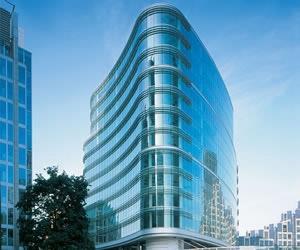 Shares in Hammerson rose 7% to 1129p in early trading as the company revealed solid full year results this morning.

The company also proposed a 26% increase in the full-year dividend.

The REIT, which values its portfolio twice a year, said that its net asset value increased 3% in the year to 31 December. A rise in NAV of 9% in the first half was chopped back due to a 5.5% reduction in the second half.

The second half of the year saw a fall in capital values in the UK portfolio, which lead to yields moving out 52 basis points on average in the company’s £7.3bn portfolio.

However, the portfolio was bolstered by the performance of its French assets, which rose 16.5% in 2007, with no drop in the second half.

Despite the current uncertainty in the property market, chairman John nelson was bullish about the company’s prospects.

‘Our retail and office portfolio is of the highest quality and we benefit from our substantial investment in France,’ he said.

‘This provides the potential for further good income growth over the next three years, both from the existing investment assets and the current development projects as they are completed and let.

‘Notwithstanding the current uncertain market conditions, I am confident that we shall maintain Hammerson’s progress in the future.’

The company also today confirmed the sale of City of London office building One London Wall to German insurance company Hansainvest. As revealed in Property Week, Hammerson, which owns the building along with Japanese company Kajima, has sold its long leasehold interest for £136m.