Healey attacked over empty rates in House of Commons 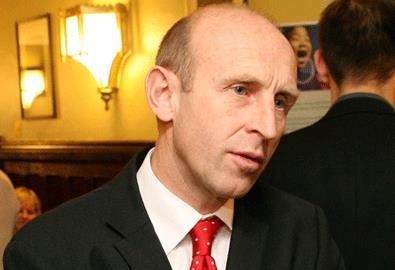 Pressure on the government over the hated empty rates tax reached fever pitch this week as Local Government Minister John Healey MP was attacked by his own party as well as the Conservatives in the House of Commons.

Stephen Hammond, Conservative MP for Wimbledon, asked if the government was keeping track of the effects of changes in rates on the property market.

Bob Neill MP, shadow minister for local government, told Property Week: ‘We are seeing perfectly useable business property being bulldozed because of this £1bn stealth tax delivered by Gordon Brown. Ministers seem content to dither at a time when action is needed.’

Healey continued to stress that the tax was under review and said his department was assessing how the reforms were working with ‘real interest’.

He said: ‘Some examples have been thrown up by local councils and the British Property Federation. We are looking at those as part of the general picture on how the changes are working, and will take them into account. As we do so, we will take any necessary decisions. I do not want to raise expectations, but those who followed the legislation will know that there is provision for the Government to reduce the level of the tax, should it be required, and introduce a level of relief. However, we are looking carefully at how the process is working and we will continue to do so with the Valuation Office Agency and with local government.'

He also said that the government was concerned about the position of small firms as well as issues with demolition, and might look at introducing a higher level of tax relief.