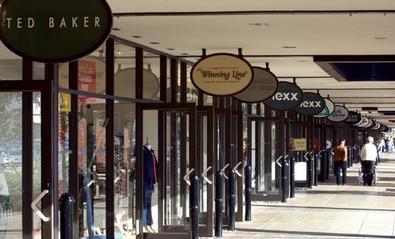 More than £600m of Retail assets were under offer this week as the retail investment market looks set to pick up following a slow first quarter.

In the biggest deal, Henderson Global Investors has placed a portfolio of designer factory outlets under offer at around £371m.

Henderson is proceeding with due diligence on the purchase of three designer outlets, among them Cheshire Oaks in Ellesmere Port, Cheshire, and Bridgend Designer Outlet in Wales.

The fund manager is in talks to buy the properties from a limited partnership comprising several UK institutions, including bp Pension Fund and Morley.

In the shopping centre market, Resolution is in talks to buy Wilson Bowden’s Eagles Meadow scheme in Wrexham for less than £90m, which is thought to reflect a yield of between 6.5%-7%.

In west London, the 275,000 sq ft Ealing Broadway Centre is under offer to a UK property company advised by Colliers CRE for around £175m.

Several retail park assets are also under offer, while more than £100m of investments are set to come to the market this month.

Israeli investor Igal Ahouvi, advised by Barrs Freer Smith, is in talks with British Land on several purchases, including the Hercules Unit Trust-owned Colne Valley in watford for around £50m.

The number of deals is a sign that demand has picked up, although the market is still suffering from the lack of bank debt available.

Buyers reliant on debt will also be hit by the change in five-year swap rates this week. The rate has risen by 30 basis points to 5.3% from 5% last week.