The mayor of London’s office has welcomed a judgment handed down by the High Court that backed Sadiq Khan’s ‘threshold’ approach to affordable housing. 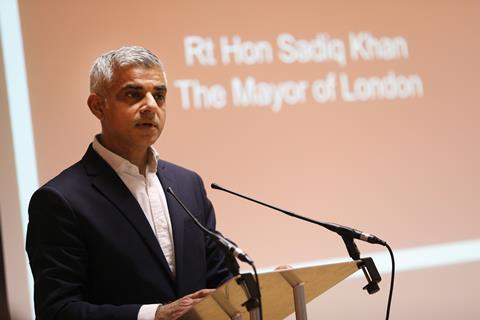 However, the quartet of leading retirement housebuilders - McCarthy & Stone, Churchill Retirement Living, Renaissance Retirement and PegasusLife – which originally filed a claim for judicial review of the threshold approach at the end of 2017 said the response from City Hall was “extremely misleading”.

In a final verdict, the Hon Mr Justice Ouseley ruled that the mayor’s threshold approach is consistent with the adopted London Plan, but he did find in favour of the retirement consortium on ground one of the claim.

Hon Mr Justice Ouseley declared that the mayor of London’s new Supplementary Planning Guidance (SPG) “represents a substantive new policy, which should have been subject to an independent examination”. The quartet pointed to the judge’s statements that the SPG is “not consistent” with the London Plan and therefore “not lawful” ahead of pledging to work alongside the mayor to review the underlying planning approach.

The judgment did come out in favour of the mayor on grounds two and three which had suggested that the guidance discriminates against the elderly and the findings also stopped short of backing the retirement housebuilder’s suggestion that “few if any” retirement housing schemes would come forward as a result of the threshold approach.

The London Plan calls for 3,900 new units of retirement housing to be built each year but the retirement housebuilders had argued that higher build costs for retirement schemes make it harder to provide as much affordable housing as would be viable for a standard housing scheme.

Reacting to the decision, deputy mayor for planning, skills and regeneration Jules Pipe said, “Tackling the capital’s housing crisis is the mayor’s top priority and this ruling is an important moment for thousands of Londoners who are desperate for genuinely affordable homes to rent and buy.

“Our guidance sets out a clear approach that makes the planning system in London clearer, quicker and more consistent. I am pleased that the Judge has backed this approach which will help us to turn around years of neglect when it comes to building the homes Londoners so desperately need.”

The quartet had previously been refused permission to progress a judicial review in January, but chose to continue to fight against Khan’s new Supplementary Planning Guidance (SPG) and won the right to a High Court hearing in March.

Suggesting that the verdict may cause a bigger rethink of the SPG, a spokesperson for the quartet said the “mayor’s new policy would exacerbate the situation by effectively making it economically impossible to bring forward private retirement development in London”.

Hon Mr Justice Ouseley called on both sides to make “submissions on the appropriate remedy [for the fact that] the SPG is not consistent with the London Plan in one respect”. The retirement housebuilder consortium said they looked forward to working closely with the mayor and his team to “agree a resolution and increase much-needed housing options for older Londoners”.

A statement from the quartet added: “Today’s judgment shows the extent to which planning policy at the national and local level is not sufficiently supportive of the housing needs of older people. Older people are the fastest growing demographic in the capital and the London Plan calls for around 4,000 new retirement housing units to be built each year.

“If the mayor’s target is to be met, a proper planning and affordable housing policy is required that fully recognises the unique viability model of specialist retirement housing. This was why we brought this case to the Court. We need a positive planning policy for London’s elderly population and the mayor now has the opportunity to review his approach.”

The mayor’s Draft London Plan includes the same requirements on reviews as the SPG with the verdict giving weight to this as “an emerging plan”. The judgment also rejected the claims of the retirement homes developers that the guidance should have been the subject of Strategic Environmental Assessment and found that the claims that the mayor had failed to have due regard to his duties under the public sector equality duty of the Equality Act 2010 were unarguable.

In response to the decision, minister for London Jo Johnson said: “Older Londoners are a vital part of this city’s communities, and it is a shame that the mayor is not working constructively to ensure their housing needs are met. We want Londoners to be able to remain here in retirement, and to help boroughs build housing suitable to meet the needs of our aging population.”