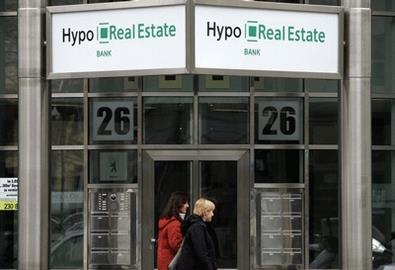 Hypo Real Estate, one of Europe’s largest property lenders, has been rescued from collapse.

Another government spokesman Ulrich Wilhelm said that the action was needed to prevent the financial crisis from widening in Germany.

The package would be split into two tranches, Albig said, and the government did not plan to nationalise Hypo Real Estate.

The second tranche of E21bn (£16.7bn) will be fully assumed by the federal government.

Frankfurt-listed Hypo said it would have to take a write-down on goodwill of its Depfa unit, without specifying the size, and would scrap its dividend.

Hypo bought Depfa a year ago for more than E5bn (£4bn), giving it a central role in European public financing.