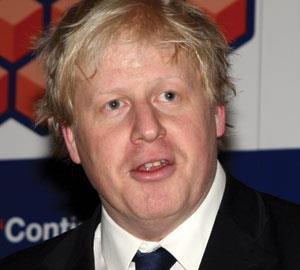 The boroughs have not been disclosed but seven are Conservative run, three are Labour run, three have no overall control and one is Liberal Democrat controlled.

The remaining 19 boroughs have already identified a further 20,500 affordable homes, and Johnson said he expects to conclude provisional agreements with these boroughs in the coming months to meet his pledge to deliver 50,000 affordable homes over three years.

Johnson made a manifesto commitment to scrap Ken Livingstone’s 50% housing targets in favour of individually negotiated agreements with the boroughs.

Johnson said he is now exploring the potential for boroughs to have greater influence over, and responsibility for, the delivery of affordable housing in their local area.

City Hall will shortly begin discussions with the 14 boroughs who have agreed provisional agreed targets over measures to give local communities more influence over housing in their area.

Johnson said: 'This is extremely encouraging news for Londoners who are looking for their first step on the housing ladder and a much-needed boost for the construction industry during the current economic downturn.

'In the past City Hall issued dictats and centrally produced targets, regardless of local circumstances. We have taken a completely fresh approach and based our discussions with the boroughs on the individual circumstances in each area rather than treating every local authority the same regardless of need, demand or housing stock.'

The mayor’s director of housing Richard Blakeway, said: 'We believe that devolving housing decisions is the best way to deliver the quality affordable housing that is so desperately needed in London.

'The provisional agreements we have made represent an increase of almost 10,000 homes on previous targets negotiated between the Government and London boroughs and will bring some much needed certainty to the housing market in the capital.'

Last November Johnson announced a £5bn investment plan to support the capital's housing market over the next three years and has pledged to deliver 50,000 affordable homes that London needs by 2011.