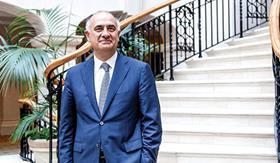 The group released a statement this morning saying its previously announced recommended public exchange offer for all of Corio’s issued and outstanding ordinary shares was now unconditional.

A deal for 84,727,783 shares, representing approximately 84.07% of Corio’s issued and outstanding shares, was agreed last night.

Laurent Morel, chairman of the Klépierre executive board and head of the new group, said: “We are very pleased that our offer on Corio has had such outstanding success, with shares tendered in the offer reaching 84.07% of total share capital, demonstrating the strong support of Corio shareholders for this transaction.

“Klépierre becomes the leading pan-European pure player in the retail property business. We already have a clearly defined roadmap and are ready to execute the integration process, which will entail uniting both teams and leveraging their combined talents across continental Europe.

“On this basis, we intend to capture all the financial and operational benefits of this exciting project and, in so doing, rapidly create additional value for all Klépierre stakeholders.”

The two groups signed a conditional agreement in July 2014, creating an organisation with a portfolio valued at €21bn.