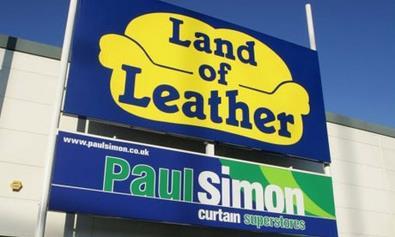 Land of Leather Holdings has received a number of approaches from third parties regarding a purchase of the business.

It said in an interim management statement to the Stock Exchange today that it had received ‘unsolicited early stage expressions of interest from third parties which may or may not lead to an offer being made for the Group’.

It said the discussions ‘are at a very preliminary stage and shareholders should be aware that there is no certainty that an offer will be forthcoming. The company has no debt and hence there is no requirement to pursue a sale of the business unless it realises shareholder value’.

In its interim management statement it said that for the three months to the 2nd November 2008, total sales orders declined by 47%.

However, it said that significant progress has been made on reducing costs and conserving cash, which remains the prime focus of the business. It said the company was debt free and had cash balances of £6.9m including £4.5m held as security by Barclays Bank.

It said cash flow for the first quarter's trading was in line with the Board's expectations.

It said: ‘As reported with the preliminary results in October 2008, the first half year will be particularly difficult due to the low opening sales order book, tougher sales comparatives and also the recent adverse currency movements.

We expect market conditions to be challenging and uncertain for the remainder of 2008 and 2009 which includes the important January Sale period.

As a result, the outcome for the financial year ending 2 August 2009 is extremely difficult to predict.’

It follows the news last week (Property Week 28.11.08) that Land of Leather had asked landlords for help with rent payment as the impact of reduced consumer spending hits.