Land Securities sells 33% stake in Bullring for more than £200m 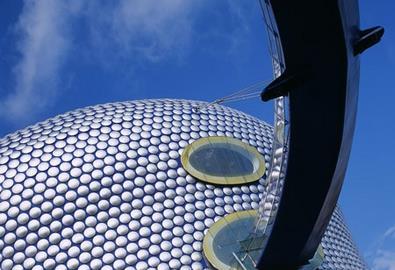 Land Securities has sold its 33% stake in the Bullring shopping centre in Birmingham to Australia’s Future Fund for more than £200m, reflecting a yield of around 7%.

Future Fund, advised by CB Richard Ellis, was established by the Australian Government in 2006 to strengthen its long term financial position by investing assets to offset the Government’s public sector superannuation liabilities.

Richard Akers, managing director for Land Securities retail, said: 'The Bullring was instrumental in transforming the Birmingham retail offer and has performed well for us. However, the absence of operational control over the Bullring made it an unusual asset within Land Securities’ portfolio where we look to create value through successful development and active management of properties. The funds generated by the sale will increase the Group’s flexibility to exploit future opportunities.'

David Erwin, head of UK capital markets at Cushman & Wakefield, said: 'Obviously the process to sell this stake was longer than we imagined. But eventually the quality of the asset showed through. When the market showed signs of recovery there was interest from around the world and in the last few months there was also significant domestic interest. This bodes well for similar assets of high quality in this market.'

Bruce Nutman, head of retail capital markets at CB Richard Ellis, said: ‘This sale is a strong indicator of investor confidence in the prime shopping centre investment market in the UK. The Bullring is a modern, world class retail destination and the purchase reflects a net return of circa 7%.’

Land Securities put its stake in the 1.2m sq ft shopping centre up for sale in April 2008. It developed the centre in 2003 with its partners in the Birmingham Alliance, Hammerson and Henderson Global Investors.