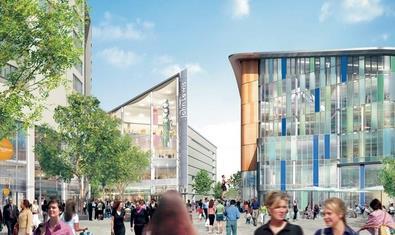 Liberty International’s net asset value fell by 6.6% in the first quarter of this year.

In a trading update ahead of the publication of its first-quarter results on 7 May, Liberty said its NAV had dropped from 1,264p at 31 December to 1,180p at 31 March. The fall was lower than the 7.7% drop in the fourth quarter of last year. Liberty’s share price is currently just above 1,000p.

Liberty’s regional shopping centres, which comprised three-quarters of its £8.6bn of investment properties at the end of last year, were hit by a 25 basis point rise in yields, which averaged 5.07% at the year-end. The rise reduced shopping centre valuations by around 4.5%.

The fall in the values on the remaining 25% of the portfolio, held by the Capital & Counties’ subsidiary, was a more modest 2.3%. Liberty chairman Sir Robert Finch said: ‘Further upward movement in valuation yields may well be experienced in 2008 as investment property markets remain unsettled in the light of ongoing uncertainty in financial markets and the general tightening of credit conditions.’

Occupancy levels at the regional shopping centres, held by Capital Shopping Centres, remain high. As at 31 March the occupancy level was 98.5%, compared with 98.7% at the start of the year. Progress with settlement of 2006 and 2007 rent reviews has almost concluded and is, said Finch, ‘at anticipated levels’. Liberty is now engaged in 2008 reviews, which mainly relate to the Mall at Cribbs Causeway in Bristol.

The two main regional shopping centre developments under construction are the 967,500 sq ft extension to St David’s in Cardiff, anchored by John Lewis and due to open in autumn 2009, and the 480,000 sq ft redevelopment of Eldon Square, Newcastle, where the largest phase opens in spring 2010.

At the Westgate project in Oxford Liberty is awaiting the outcome of the compulsory purchase order inquiry and reviewing financing options following a rearrangement of the partnership structure last year that increased the company’s stake.