Lord Michael Bichard is calling for “as many people as possible” to contribute to his review into the governance and purpose of the Royal Institution of Chartered Surveyors (RICS). 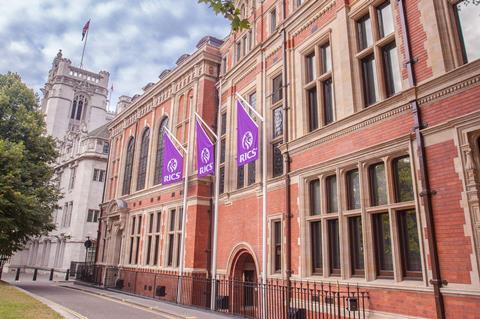 The review, which Bichard was appointed to lead at the start of this month, was a key recommendation of Alison Levitt QC’s report into the wrongful dismissal of the four RICS non-executive directors who raised the alarm about a financial audit.

He has already started work on the review, which is due to be published in June next year. He said in a letter to Property Week that he was now calling on as many people as possible to give their input.

“My aim is to produce the report by June 2022, engaging with the widest possible range of members, candidates, fellows and stakeholders to understand the challenges and opportunities facing the Institution and produce a report that wins the support of a wide cross-section of RICS,” he said in the letter.

“With over 134,000 members, I recognise that a complete consensus is unlikely. However, I want to ensure that as many people as possible can feed into the final report so that RICS will be in a strong position to rise to the challenges, rebuild its reputation and re-establish trust with members, firms and stakeholders around the world.

“I will be making firm recommendations on the purpose and governance structure of RICS, and providing advice on values, culture and strategy which can be taken forward by the incoming leadership team and Governing Council.”

Bichard’s appointment follows a turbulent year at RICS in which the wrongful dismissal of the four non-executive directors who raised the alarm about a financial audit led to an inquiry by Alison Levitt. Her review heavily criticised chief executive of RICS Sean Tompkins, general counsel Alix Rejman, head of people Marina Kilcline and former RICS chief operating officer Violetta Parylo – all of whom left the organisation in quick succession.

Bichard has served as a permanent secretary in Whitehall and as chief executive of two local authorities. He was director of the Institute for Government, has chaired several organisations – including the Social Care Institute for Excellence – and led a major government inquiry.