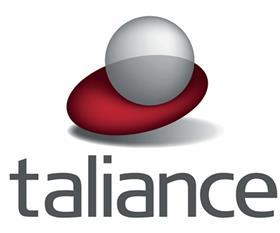 As the eurozone teeters from one crisis to another, and draconian financial legislation looms, leading figures from property’s banking, insurance, advisory and software sectors debated the most effective ways to manage risk.

In his opening address, Guillaume Fiastre, founder and CEO of real estate software developer and vendor Taliance, warned that the industry was undergoing a revolution, not just evolution.

“The Alternative Investment Market is regarded as more mature, particularly for private equity and real estate investment,” he said. “This brings a need for transparency. Investors want predictable performance managed with risk under control, and a relationship with fund managers based on trust.” 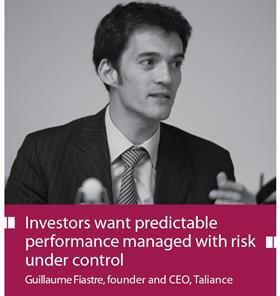 Fiastre believes these demands are impacting the market as it undergoes significant development. First, it has become increasingly global, raising issues for the organisation of information and reporting.

Second, the allocation of real estate is growing - institutional investors are forecast to be responsible for as much as 6% over the next few years.

The cost effectiveness of fund managers is also under pressure.

“A recent study Taliance undertook with its pan-European customers showed management fees declined by 50% during the past eight years,” said Fiastre. “Everyone has to work more efficiently.”

In addition, increased regulation is fast approaching, and Fiastre claimed the industry’s over-reliance on spreadsheet solutions meant it would struggle to comply.

“The accumulated effect of these four issues is that the new generation of centralised information systems will be seen as critical. They enable fund managers to work more efficiently, report effectively to investors, comply with regulations and, most importantly, anticipate the consequences of their decisions.” 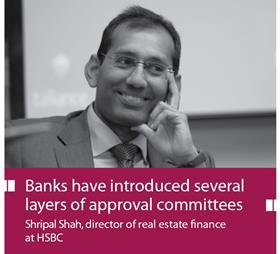 Guest speaker Shripal Shah, director of real estate finance at HSBC, gave an overview of the challenges that face the banking sector, and how the bank had been mitigating risk since the events of 2008.

“Banks have introduced several layers of approval committees to vet transactions,” he said.

“There is an increase in regular monitoring internally, and reporting to credit risk management committees. We also demand that our clients report on a more regular basis and in more detail.

“Our management information databases are being improved because managing data has become critical for risk management and compliance.”

Shah said the until recently prevalent “extend and pretend” culture was over, and that he had seen faster sales of assets and loans from Bank of Ireland.

He also noted the slow re-emergence of capital markets issuance, for example the Center Parcs’ whole business securitisation, but cautioned that these vehicles are only accessible for low-leverage borrowers.

Turning his attention to global risk, Shah warned that China’s investment bubble is now deflating, which will have a considerable impact on Europe.
He closed by commenting on predictions that lending is going to increase significantly.

“These may prove optimistic because of the uncertainties that I have mentioned. In addition, there is a real confusion because the banks are being pressurised by the Financial Services Authority, the Bank of England and the European Union to hold more capital but, at the same time, to lend more.”

Jonathan Thompson, international chairman of real estate, building and construction at KPMG, predicted that the property industry would undergo three important structural changes that will shape it for the next five years.

“Economic power across Europe is shifting towards gateway cities and regional centres,” he said. “Everything else is disproportionately suffering. The way you invest and how you invest is going to be affected by that.

“International Investors are targeting those gateway cities, such as London, Paris and Munich,, which means an overweight of investment flowing into those cities. We are already seeing an asset bubble that is pricing out domestic capital.

“Therefore, domestic capital is moving out to the regions, which international investors do not understand. How that dynamic plays out on pricing remains to be seen, but we are likely to see a divergence between those gateway cities and the rest. That pricing differential still has to happen.” 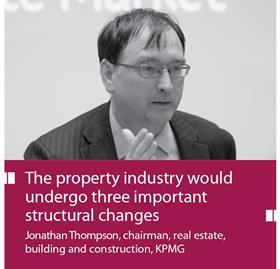 Thompson highlighted the growth in the European real estate investment market, which is now larger than the US market, as the second change.

owever, he cautioned, the banking market to support it is simply not big enough, leaving questions over how real estate will be financed and priced in the future.

Finally, Thompson believes the burden of regulation will be the catalyst for consolidation in the industry.

“The real estate investment market is under real threat from regulation,” he explained. “Because compliance will require complicated systems for reporting, it will discriminate against the smaller entrepreneurial player. We are very likely to see consolidation across the industry.”

Thompson said that many banks had already pulled out of real estate investment because of shortages of regulatory capital, and that insurance companies were becoming wary.

“Who is going to own real estate investment management in the future?” he asked.

“What sort of organisations - and how will they allocate their restricted regulated capital to invest into this industry?”

Thompson said real estate was attractive to investors during times of volatility, but questioned how pricing would work and how investors would achieve appropriate levels of risk/return.

He concluded by admitting that not all new regulation was bad: “It does insist that investment managers report on portfolio risk and volatility rather than the practice of just reporting property performance and returns.”

David Skinner, chief investment officer at Aviva Investors, told the floor that much of his time is spent looking at Solvency II.

“It is likely to have implications for asset managers and European investors because it will have a bearing on the amount of capital that insurers want to allocate to European real estate,” he said.

“The two key things about Solvency II are that insurers will have to mark assets and liabilities to market, and they will need to do a risk-based approach to calculating solvency.” 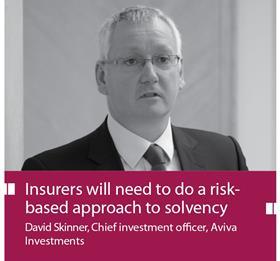 This is done as a matter of course in the UK, but not across most of Europe.

Skinner said this was already having an impact on the real estate investment market. Although insurance companies are willing to commit new funds, this is difficult in an environment where the rules of the game are not yet certain, nor the timing of their introduction.

Skinner voiced concern about the implications of the European Union’s European Market Infrastructure Regulation, which stipulates that financial companies centrally clear “over the counter” derivatives.

“For us, that means interest rate swaps and forwards,” he said. “It requires that sufficient cash be held back in your funds to meet any future loss for those derivative instruments.

“This is clearly going to have a very big impact on the performance of funds through cash drag. I believe it puts interest rate swaps, which had been a key tool for managing interest rate risk, out of scope for many fund managers.”

Whatever the future holds, only those organisations that choose to manage data through the new breed of centralised information systems will be able to mitigate risk and take advantage of fleeting opportunities as soon as they arise.