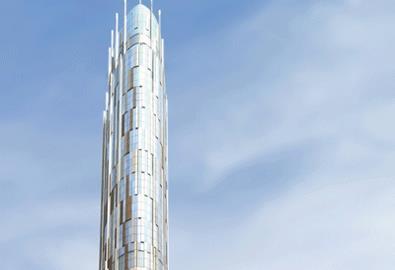 Midlands developer Regal Property Group has unveiled plans for one of Birmingham’s largest towers, which it plans to build on Broad Street in the city.

It will announce at MIPIM 2009 in Cannes this week that it plans to make its proposals to Birmingham City Council at the next cabinet meeting on 19 March and submit a planning application in May.

The tower will be designed by Aedas and include a hotel, retail, leisure and residential on the site next to Brindleyplace. It will also feature the city’s highest bar at the top of the tower.

Regal Property managing director Roger Holbeche said: ‘Regal Tower will be one of Birmingham’s tallest buildings and is set to alter the city’s skyline.

‘Regal Property Group is committed to the continued development of Birmingham’s Westside and the ongoing success of the city.’

Subject to planning approval, work is expected to start in 2010, with completion in 2013.

Councillor Mike Whitby, leader of Birmingham City Council, said: ‘The continued commitment we are seeing from developers and investors, even in these uncertain times, is very encouraging and I believe testament to the long-term stable opportunities that this growing city has to offer.’