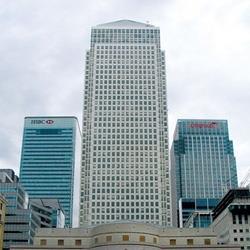 Moody’s Investors Service is to relocate to One Canada Square in Canary Wharf in a deal which involves the surrender of space formerly occupied by Telegraph.

Moody’s will be relocating from various buildings in the City of London and consolidating its London staff at the Dockland’s estate. Worldwide Moody’s employs around 3,000 people.

The deal with Moody’s follows two further transactions at One Canada Square where the Financial Services Authority has agreed to take level 18, comprising 27,230 sq ft on a lease that expires in 2018 with no breaks at a rent of £47.50/sq ft. The floor was previously occupied by Trinity Mirror which surrendered its lease to Canary Wharf Group earlier this year.

The FSA’s deal is in addition to the 350,000 sq ft of office space it occupies at 25 North Colonnade.

Abbey Business Centres has also agreed to take 28,435 sq ft on Level 37 of One Canada Square on a 15-year lease with no breaks, at an initial rent of £49.00/sq ft. This deal also involved the surrender of a lease from Burlington Resources.

The three deals combined amount to around 225,000 sq ft of office space and is a good sign for Canary Wharf’s occupational market.

George Iacobescu, Canary Wharf Group’s chief executive, said: ‘We are delighted with these lettings, which demonstrate the continuing attraction of Canary Wharf as a leading business destination and mean that all three international rating agencies are now based at Canary Wharf.’