Adrian Bohr has returned to housebuilder and developer Crest Nicholson to take on the role of managing director for its eastern division. 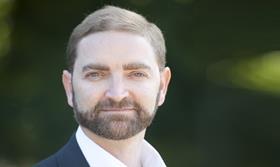 Bohr is taking over the role from Peter Diffley, who has retired from the business following five years leading the division. He will take on the role aiming to deliver 14 large and small-scale developments across the east of England, managing a team of 160 staff. The division has a target to deliver up to 700 new homes this financial year including at Finberry, a strategic development site in Ashford, that will comprise a final total of 1,100 homes on completion.

Having started his career at Crest Nicholson as development director from 1999-2009, Bohr has rejoined the company from Troy Homes, where he held the role of managing director for the past three years. Before this, he worked as a managing director at Linden Homes where he oversaw the delivery of several key projects including mixed use schemes and large-scale regeneration projects in London, such as the revitalisation of historic St Clement’s Hospital site.

FTSE 250 housebuilder Crest Nicholson reported a 2% drop in pre-tax profits in half-year results to 30 April after a worse than expected fall in operating margins last month. The group recorded pre-tax profit for the past six months of £74.8m, down from £76.2m at the same point the year before despite a rise in revenues to £473.8m from £419.7m.

“He joins a strong team in the eastern division and will be an invaluable asset for the mix of strategic projects we are delivering this year. We look forward to Adrian leading the team to further successes in the region.”