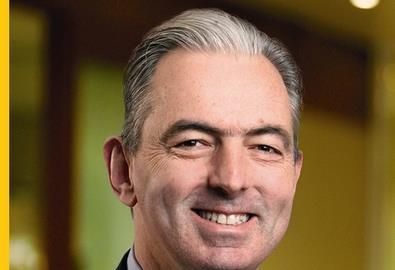 Sutcliffe will replace John Heawood as managing director, UK property, when he steps down in July this year.

In his new role at Segro, Sutcliffe will join the main board and be responsible for Segro’s UK operations. He has also worked at Royal Dutch Shell.

Ian Coull, chief executive of Segro, said: ‘I am delighted to welcome Ian Sutcliffe to Segro. He is an accomplished businessman who brings with him a wealth of wide ranging international experience and acumen.

‘In offering Ian Sutcliffe this position, Segro was particularly impressed by the breadth and depth of his general business accomplishments, as well as management roles which gave him specific insights into the property sector.

‘Most recently his role at Taylor Wimpey’s housing division where he was UK CEO, following the merger of George Wimpey and Taylor Woodrow, included defining the land and capital strategy for the new business.

‘Ian Sutcliffe's arrival at Segro marks the culmination of a significant strengthening of the make up of our executive team over the last few years - in particular, with the appointment of Inès Reinmann as chief operating officer, Continental Europe, Walter Hens as director of group business development and David Sleath as group finance director.’

Reacting to the appointment, investment bank Cazenove said that it may not be the 'dream ticket' for Segro.

In a note, it said: 'We hoped for, and believed the market did as well, a really strong property industry based appointment, to help turn around several years of relatively weak property level returns from the UK portfolio (79% of group's total property portfolio). It might be premature and slightly unfair to judge Ian’s capabilities (we do not know him) from the press release but our initial impression is that this is not the key appointment or dream ticket deal (hiring the likes of Ian Watson and Morgan Jones of Hansteen) that might have ignited investor enthusiasm for the shares sooner.

'We look forward to welcoming Ian to the real estate sector and hearing his views in due course on how the UK assets of Segro are to be managed going forward and whether he is a supporter or not for the current geographical diversification/structure of the group or for greater specialisation.'