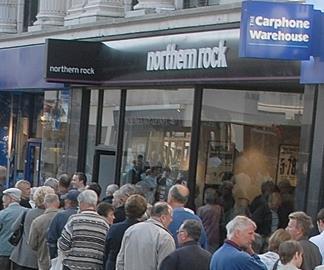 Northern Rock has borrowed another £2bn from the Bank of England in the past week, bringing the total credit made available to the bank close to £23bn. Financial Times, The Times, Daily Telegraph, Independent, Guardian

Since the Bank will lend only at a penalty rate of more than 6.75%, it is likely that an ‘invisible’ run on Northern Rock deposits has continued even though the queues outside branches have gone and the government has guaranteed wholesale and retail accounts.