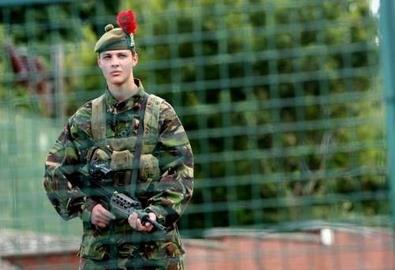 The government has announced army barracks at Deepcut, Surrey, are to be closed and redeveloped as a residential scheme.

In a statement today the Ministry of Defence announced the Princess Royal Barracks, where four young soldiers died in separate shooting incidents between 1995 and 2002, will be ‘released for alternative civilian use’.

The statement, from the Minister of State for the Armed Forces Bob Ainsworth, suggests the new housing scheme could contribute to Gordon Brown’s target of building 3m new homes by 2020.

‘It has been judged that the site could be suitable for residential development and make a significant contribution to the Government’s housing strategy,’ the statement said. ‘It is, therefore, our intention to submit the Deepcut site for inclusion in Surrey Heath Borough Council’s Core Strategy.’

It has been previously suggested that up to 5,000 homes could be built at the facility – which is the main location for the Defence College of Logistics and personnel Administration and the headquarters of the army’s Royal Logistics Corps.

No moves from the site are anticipated until 2013 and an update will be made later in the year.