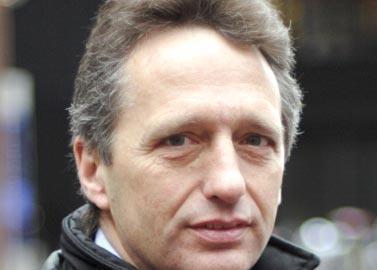 One of property’s most respected equity fund managers is predicting a further sharp decline in UK REIT share prices.

Patrick Sumner, head of property equities at Henderson, told Property Week he was the most bearish towards UK property shares he had been for the last 10 years.

Sumner has significantly reduced the UK exposure of the listed Henderson Global Property Companies share fund, and has reduced its Australian exposure in the wake of capital value losses after retail REIT Centro hit the rocks.

‘I am as bearish about the UK as at any time in the last 10 years,’ Sumner said. ‘What happened to capital values because of the debt problems in the debt markets will now happen to rental growth.

‘In City offices the predicted 40,000 job losses eliminates any chance of rental growth.

‘And the slowdown in the wider economy means that with retail, even the best locations will see growth affected. That’s not just capital values, that’s real income.’

Henderson Global Property revealed a net asset value total return of -15.5% in the six months to 29 February, compared with the EPRA/NAREIT Benchmark return of -9.3%. Its own share price fell 17.6% during this period.

Sumner said the main factor driving performance down was the performance of Henderson’s Australian holdings.

‘The Australian market really took people unawares,’ Sumner said. ‘You go there for a nice stable yield, but Centro really destroyed capital values. Australia is split between companies that are very highly leveraged, who will face significant challenges, and those that are lowly geared and better run, so there are still some good yields available.’

In Europe, Sumner thought that France had been the solid performer, and going forward Russia was a market offering strong possibility for share price growth.

‘Russia is the best bet, if companies can give you the right exposure,’ he said. ‘You have to ask the right questions. If companies are financed through local banks then this is a positive.

‘Also I think Russian companies are going to have to start selling projects once they’ve completed them to improve cash flows, which is something they don’t do as they want to grow their investment portfolios.’

The company is operating at a discount to net asset value, despite a discount to NAV being factored in at the level of the shares it buys.

Sumner says the fund will not be buying back its own shares. ‘We don’t want to shrink the company too much,’ he said, ‘and some of Henderson’s other funds have been buying our shares because they feel they are good value.’

9 ING’s listed Global Real Estate Securities fund posted a net asset value total return of -1.46% in the three months to the end of March, it revealed this week.

Nick Cooper, one of the fund’s managers, said that the fact that it held 30% of its assets in unlisted funds meant that it had avoided some of the volatility of listed securities.