Palmer Capital is launching a build-to-rent (BTR) business called Packaged Living, with the aim of delivering 1,500 units over the next three years. 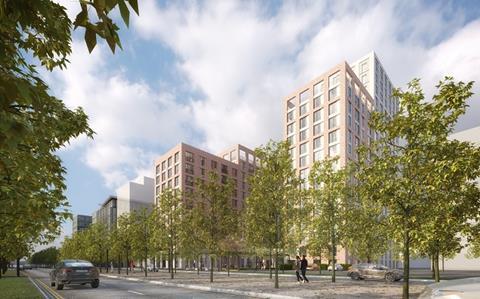 The UK fund manager has raised £25m to get the new venture off the ground. Heriot REIT, a South African REIT, and Everglen Capital Partners, a UK-based investment holding company with links to South Africa, have invested in the new business alongside Palmer Capital.

Packaged Living will be led by Ed Ellerington, who recently joined Palmer Capital from Grainger, where he was national PRS acquisitions director. Palmer Capital’s chief executive Alex Price will be its chairman.

Unlike most companies in the BTR sector, Packaged Living will act as an investor, developer and manager. The business will buy sites without planning consent, design schemes, take them through the planning process and then develop and manage them. It claimed this approach would ensure it was accountable and committed to its schemes for the long term.

Packaged Living has identified 20 towns and cities in the regions where it will look to acquire sites with a view to building schemes that have potential for at least 50 flats or houses and are affordable for people on average incomes.

Rather than choosing a set of amenities from day one, Packaged Living will build in flexibility and survey its tenants before deciding what to include. It will also look to bring in local businesses to run services and amenities.

“We’ll talk to customers and local authorities first to create a building that is integral to the local community,” said Ellerington.

The first scheme Packaged Living will bring forward is at Palmer Capital’s Aubrey Place in Milton Keynes, where it recently sold a 0.3-acre plot to Vastint Hospitality to build a 256-bedroom hotel to be occupied by Marriott’s Moxy Hotel operation. It is working up a planning application for a 300-unit BTR scheme on the site.

Paul Miller, chief executive of Everglen, said that BTR was one of its key target markets and that he was confident in the prospects of Packaged Living. “Superb execution and providing a high-quality and professional customer experience will be absolutely key to long-term success and we are confident that this team will deliver just that,” he said.