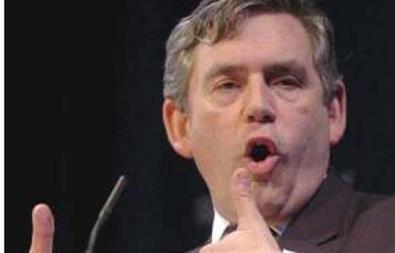 Gordon Brown today told the property community his plan for delivering the Thames Gateway with £9bn of government investment.

Speaking at the Thames Gateway forum the prime minister said the money would have to be invested in vital infrastructure including jobs, transport, education and new affordable homes.

‘It is about the wholesale regeneration of the area but it is also about more than regeneration.

‘It is a historic endeavour to bring so many people of determination and initiative together to create one of the most vibrant and successful areas in the world.

‘A place for people to work, to live, and to bring up a family.’

Moments before taking to the stage in the Excel centre in London’s Docklands Brown, along with Housing minister Yvette Cooper and Mayor of London Ken Livingstone, signed the 2016 Thames Gateway Pledge which Brown said was a commitment to work closely together to deliver then regeneration of the area.

In the plan Brown outlined how the total £9b was going to be invested.

80% of the homes will be built on brownfield land and the prime minister said every new home would be zero-carbon.

He also announced a £200m Strategic Economic Investment Fund to support priority projects in the area.

A Pan-Gateway Skills Plan is also going to be developed by the Learning Skills council to invest £1.6bn in teaching and learning and £850m in new building for further education.

New higher education campuses in Grays and Basildon, Swale and Medway are to be built to provide 9,000 more further education places for the local community.

Thirteen local transport schemes will be invested in with a £100m Community Infrastructure Fund.

Brown was introduced onto the EDF Energy stage in the conference centre by Housing Minister Yvette Cooper who yesterday announced the Thames gateway would be a designated ‘eco-region.’