Pressure is mounting on the boss of the Royal Institution of Chartered Surveyors (RICS) to waive a six-figure bonus he has been awarded despite the body’s recent job cuts and furlough claims. 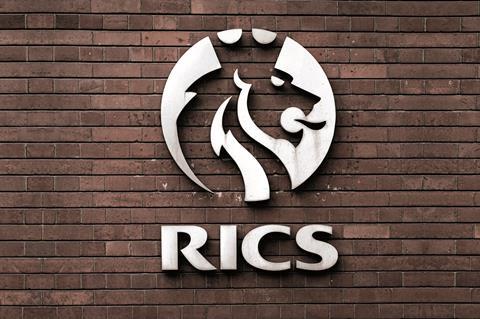 Senior property figures called on Tompkins to waive the bonus in light of recent cost-cutting measures taken by RICS, which included making more than 100 members of staff redundant and claiming taxpayer-funded furlough money for 30% of its UK staff during the pandemic.

One developer said: “I think he should waive his bonus. I can’t understand how the remuneration committee at RICS has put this forward as a proposal. He is one of the highest-paid chief executives. Something has got to be done.”

Andrew Sell, head of asset management at Criterion Capital, added: “It’s fair to say that the RICS seems to have completely lost touch with its members. In these difficult times, many people have lost their jobs or been furloughed or struggled to maintain their salaries, while the CEO of RICS gets awarded an enormous bonus.”

Martin Roberts, co-founder of Addington Capital, said: “It shows a complete lack of leadership in a period of crisis and sends the wrong message to those making their way in the industry.”

Geraldine Kelly, chair of RICS Remuneration Committee said: “RICS Remuneration Committee is responsible for reviewing and setting executive incentive plans, employee salary increases and succession planning to ensure policies are clearly aligned to RICS strategic objectives as a profit for purpose organisation - while taking account of the global markets in which we compete for talent. Although RICS’ Royal Charter does not require disclosure of executive reward, we believe in adhering to the highest standards of corporate governance and publish this report each year making RICS’ CEO salary and reward package public.

“In 2019-20, there was strong performance against most of the performance objectives and the Committee noted that eight months of the year under review were before Covid-19 had an impact on the organisation. We confirmed that RICS had achieved the operating surplus in the management accounts, excluding any government supports, needed to trigger the incentive plan.

“We were also aware of significant achievements in pivoting the business and taking timely actions to maintain cash flow and successful operations. We recognised the ongoing challenging business environment for RICS and took into account our external adviser Mercer’s updates on actual and expected variable pay outcomes in the market and updates from Committee members with relevant sector experience.

“Taking all this into consideration, the Committee determined that it was both appropriate and defensible to pay some discretionary element of incentive for the 94 employees including the executive team in RICS incentive plan, subject to affordability.”