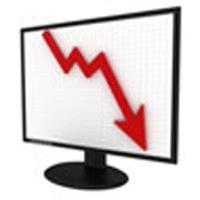 Profitability in the UK financial services sector has fallen at a record rate and the cost of credit increased for a third consecutive quarter as the industry continues to be battered by the credit crunch, said the Confederation of British Industry yesterday.

The CBI was reporting the results of a survey of financial services companies which revealed that business was lower across all customer bases, incomes fell heavily and job losses continued and were set to rise sharply over the coming three months.

It said that profitability in the sector declined at a record rate, with 49% of firms reporting a fall, and this rate is set to continue over the next three months.

Decline in sentiment
Business sentiment has also fallen sharply as 59% of the firms surveyed said they are less optimistic about the overall business situation in the financial services sector than they were in June. Employment in the sector fell but a significantly bigger reduction, -44%, is expected over the three months ahead.

Credit is also becoming increasingly more expensive with average spreads, which mark the difference between the rates at which money is borrowed and lent, widening for a third quarter running but a slower rate of increase is predicted in the next three months. A balance of 19% of firms reported an increase in the value of non-performing loans, or bad debt, and 24% expect a rise in the coming quarter, in what the CBI said ‘is becoming a steadily rising trend’.

The survey also showed that 99% of firms think that it will take more than six months for ‘normal’ market conditions to return. Around 60% of firms said business volumes had fallen in the weakest result since the survey started in December 1989. It said volumes are expected to fall again over the coming three months, but at a slower rate of -31%.

John Cridland, CBI deputy director-general, said: ‘One year after the credit crunch first took hold, business volumes and profitability in the financial sector have taken their hardest hammering yet. Firms have become more fearful about the extent and length of the credit crunch, and they are now looking to cut more jobs and scale back investment.

‘The survey paints an increasingly bleak picture of the sector, but the dramatic turbulence across the world of finance over the past fortnight, and the renewed paralysis in interbank markets, will only have depressed market confidence even further. Difficulties in this crucial sector will have huge implications for the rest of the UK economy.’

The survey also revealed that there is expected to be a drop in capital expenditure in real estate and machinery in the next 12 months than in the past year while drops in IT investment and marketing expenditure are also predicted, as firms cut back to save costs and readjust for lower demand.

Slower lending growth
Andrew Gray, UK banking advisory leader at PricewaterhouseCoopers, said: ‘As the banking sector faces up to growing credit impairments, slowing revenues and higher funding costs, the sector remains more depressed than at any other time since 1998 and has given its most downbeat prediction for profitability in nineteen years. While banks again report an increase in average spreads, a key challenge going forward will be how to improve customer service and develop new revenue streams to compete in a world of slowing lending growth.'

The survey was conducted between 20th August and 3rd September 2008, there were 100 respondents.