Respublica ready to go with co-living project in London 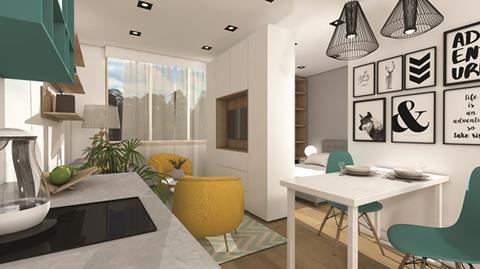 The 300-unit scheme will offer rooms of 215 sq ft to 375 sq ft, more than twice the size of rooms in London’s first co-living scheme, The Collective’s Old Oak development, which measure 108 sq ft.

Aside from co-living, more than 20,000 sq ft over two floors will be assigned to co-working. The scheme will also feature a gym, restaurants and cultural attractions such as an art studio.

Respublica co-founder and chief executive Ravi Sharma described the scheme, which is at the pre-planning stage, as a cross between a boutique hotel and a private members’ club.

Unlike some co-living concepts set up by student developers – such as iQ’s Manchester scheme and Fusion Living, which was recently set up by prime student operator Fusion – Respublica intends to move away from the post-graduate shared living model. “We want to solve a problem for the mass market, offering homes for anyone looking for an affordable living solution,” said Sharma.

“I set up the company with my brother so we could respond to  issues we were seeing in the London housing market. We wanted to find a way to create quality affordable homes that generate a decent profit and good yield.”

One way to do this was to cut back on unnecessary luxury fixtures and fittings, he said. Respublica’s apartments will be around 15% to 20% cheaper to rent than other one-beds in Camberwell.

Sharma founded Respublica 18 months ago and wants to secure his second site before the end of the year as part of plans to expand the business to 7,000 rooms under management over the next 10 years.

Respublica is backed by John Kennedy, the founder of Coral Portfolio, a student housing fund vehicle bought by GSA in 2016; and student accommodation fund manager Brandeux, which sold its Liberty Living portfolio to Canada Pension Plan Investment Board for more than £1bn in 2015.

The company is in talks with a number of private equity investors to raise around £25m of equity for the Southwark development.