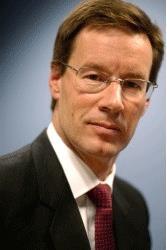 The British Retail Consortium today called on all commercial property landlords to emulate Hermes and offer tenants the chance to pay rent monthly rather than quarterly on existing leases.

In response to the front page story in today’s Property Week about Hermes’ move to break the deadlock in the deadlock between landlords and retailers over rent payments the BRC said it was stepping up its campaign on the issue.

BRC director general Stephen Robertson said: ‘As many retailers are confronted with next quarter’s huge up-front rents bill, Hermes announcement is a significant step forward for our campaign.

‘A number of retailers have gone to the wall this year. Others are clearly struggling. Most are battling a range of rising costs in order to keep shop prices and overall inflation down.

‘The dam has burst. Hermes’ move shows there is no principled or practical reason why landlords cannot offer this flexibility. I urge all landlords to follow Hermes’ example. By agreeing to a fairer rents regime, landlords will be contributing to the retail prosperity on which they themselves depend.’

Hermes is offering all 2,000 office, retail and industrial tenants in its £10bn property portfolio the chance to change the frequency of rent payments.

However, in return, it wants its tenants to pay their rent electronically, preferably by direct debit rather than cheque, and to pay a slightly higher rent – of 0.5% to 1% – to account for the ‘time value of money’.

This is the idea that money available at the present time is worth more than the same amount in the future because of its potential earning capacity.

Some of Hermes’ joint venture partners, most notably Prupim at thecentre:mk shopping centre in Milton Keynes, have agreed to the proposal.

However, Hermes CEO Rupert Clarke told Property Week he doubted whether there will be a tenant stampede for monthly rents. ‘I’m not anticipating a rush, as I don’t think there is big demand,’ said Clarke. ‘In our experience, very few retailers and less than 1% of our office and industrial tenants have asked for monthly rents.’