Knight Frank and Nick Sweeney have been appointed by U+I’s Richard Upton to sell the Grade II-listed Devonport House in Greenwich at a guide price of £22m. 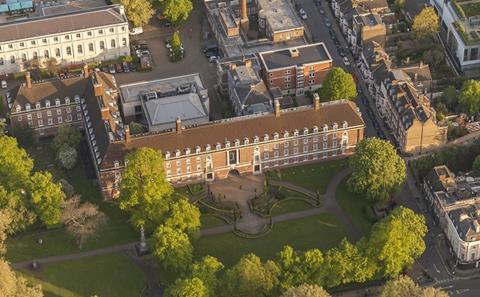 Upton, who retained private ownership of a trio of hotels portfolio formerly owned by his former company, Cathedral Group, after its with Development Securities to form U+I, where he now acts as deputy chief executive. Upton has been privately selling off the three hotel portfolio of Cathedral Hotels since the 2015 merger.

The 100-bed hotel, which dates back to the 18th century and was restored by Cathedral Group in 2011, sits within a UNESCO World Heritage site in Greenwich adjacent to the Royal Park and Maritime Museum. The sale also includes a 17th century mausoleum where Sir Admiral Hardy, flag captain to Admiral Lord Nelson, rests and sculptures endowed to Greenwich by Francois Hameury.

Upton said: “Following the successful sale of Eynsham Hall to Ennismore, owner of Hoxton hotels and Gleneagles, we have placed Devonport House in the market seeking an owner who can deliver the next chapter of a business success story.”

Last week, Upton sold Eynsham Hall, an Oxfordshire country house hotel that dates back to the 18th century, for £8.25m. Since completing the acquisition, Ennismore has announced plans to undertake a refurbishment programme of the 135-bed hotel, following approved planning permission to add 80 additional guestrooms, extended conferences facilities and a new spa complex within the 45 acre complex. Christie & Co and Nick Sweeney acted on this sale.

Data from Knight Frank shows over £5.5bn was invested in UK hotels in 2017, an increase of more than £2bn year-on-year.