Senior property bosses held an emergency meeting with the Royal Institution of Chartered Surveyors last night in a bid to resolve the governance crisis currently engulfing the industry body. 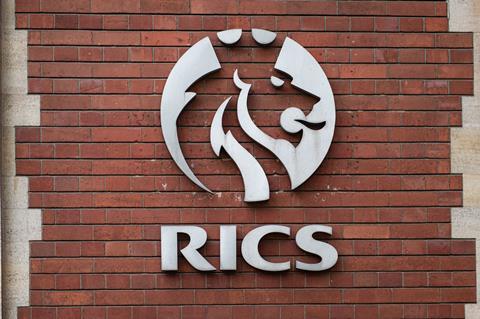 RICS is facing mounting pressure from its members to respond to allegations in the Sunday Times last weekend that four directors were dismissed in 2019 for raising the alarm over a critical financial report.

Yesterday evening senior RICS executives had a call with Cushman & Wakefield boss George Roberts, who is chair of the Windsor Group that represents Britain’s 14 biggest advisory firms, and Simon Prichard, a senior partner at Gerald Eve who also chairs RICS’ UK and Ireland world regional board, about the 152-year-old body’s future steps.

They were set to discuss how RICS can address the reputational issues it is facing in the wake of a recent Sunday Times article which reported that the group terminated the appointments of Amarjit Atkar, Simon Hardwick, Bruce McAra and Steve Williams in November 2019 after they had flagged concerns that a report by auditor BDO appeared to have been “suppressed internally”.

The report warned that the body’s treasury management processes had left it exposed to “unidentified fraud” and “financial misreporting”, according to the newspaper.

The four directors were reportedly fired by Chris Brooke, then president and now chairman of the RICS governing council, who was said to have accused them of using a “passive-aggressive tone”.

Fontana, who took over as President in November last year, has said that its governance processes had been followed.

“We looked again at the work of the external independent auditors, BDO and EY, and that was all considered in full,” she said.

“The real outcome from that is the governing council absolutely agree that our governance processes in 2018, 2019 and 2020 were followed absolutely correctly at all times.”

RICS published a statement last month stating that the governing council had been “kept informed” at all times before the dismissal of the directors.