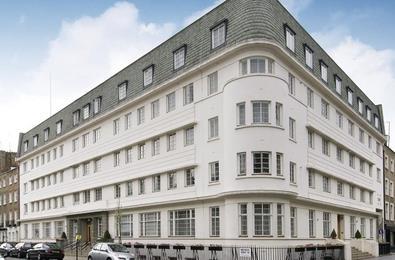 The investment company has bought three blocks of flats for its rental portfolio in Chelsea, Hampstead and Marylebone.

The properties include 30-32 Draycott Place in Chelsea a block of 28 flats, which was bought for £18m from Westbrook; the £29m Elliot House on Molyneux Street to the north of Hyde Park, which was sold by a Malaysian and Singaporean consortium; and a £15m block at 8 Rosslyn Hill in Hampstead, which was sold by Dreamgate Properties.

The three buildings total 64 flats and a house and will be held in the Pure Skill Fund, which was set up with Bank of Scotland.

Residential Land and Bank of Scotland have each put in 50% of the equity for the transactions, which ranged in loan to value from 65% to 80%.

Ritchie told Property Week that the three buildings had a high vacancy level and the immediate plan was to let the flats. He said he hoped to achieve yields of around 4.5% when the flats were fully let.

‘We’ve been watching the prices on these buildings since September,’ said Ritchie. ‘We think this is the time to buy. The rental market is terrific at the moment and these flats are in great locations.’

The transactions are a sign of returning market faith following a turbulent six months but Ritchie said the sector was not out of the woods.

‘It’s too early to say definitively,’ he said. ‘We are six months in from when we began and prices have dropped between 10% and 15% from last summer. That makes us more comfortable to buy now.’

Ritchie said the company had considered leasing these flats but had now decided to sell them on the open market.

‘There is a margin between what we acquired and what we can sell them for,’ he added.