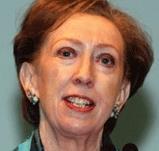 Housing minister, Margaret Beckett has labelled the new £135m housing package by the Homes and Communities Agency and London Mayor as ‘chaotic’.

On Tuesday, the HCA and the Mayor of London Boris Johnson pledged to allocate £93m to re-start five stalled housing projects in the capital, as well as investing £42m into a London & Quadrant Housing Trust portfolio. It hopes to deliver 3,000 new affordable homes as a result.

But speaking in the House of Commons yesterday, Margaret Beckett spoke of her ‘concerns’ over the plans and her intention to delay the move.

She said: ‘I am perfectly willing in principle to work with the Mayor on a different way of delivering the affordable housing targets, which he seemed to feel that he could do simply by asking local authorities to co-operate. So far, that does not seem to be delivering.’

But added: ‘I am concerned, however, that the proposals in question were not put forward for proper scrutiny and agreement in advance, which does seem a rather chaotic way to continue.’

A Communities and Local Government spokesman said: ‘While we welcome any steps to improve housing affordability in the capital, we are disappointed that the Mayor has prematurely announced these proposals without first securing the necessary funding approval from government.

‘It is vital that we ensure any new schemes offer a good deal for London and the taxpayer and we have asked the Homes and Communities agency (HCA) to look further at the detail of this proposal so they can quickly assess whether it should go ahead.’

However, a spokesperson for the Mayor said Boris Johnson ‘deeply disappointed but not surprised that this tired Government has chosen to delay and undermine a policy that will simultaneously help kick start a construction industry which is under pressure and help hard up families on to the housing ladder.

‘What is needed is urgent action. The Mayor has produced a robust and tactical policy signed off by all the relevant authorities including Government, which offers hope to the construction industry and first time buyers.’

The five projects Johnson’s package hopes to benefit are: Aylesbury Estate in Southwark, First Base’s Heart of East Greenwich scheme, St Andrew’s Hospital in Tower Hamlets, being developed by Barratt Homes, ‘Berkeley Homes’ Woodberry Down in Hackney, and the Holloway Road scheme being developed by First Base in Islington.

It also plans to plough £42m into a portfolio of sites being developed by London & Quadrant, which will support the delivery of nearly 500 ‘intermediate rent’ homes.

These will be offered at discounted rent – 80% of the market rent – until the occupier is ready to buy. The scheme will be known as ‘Up2U’.