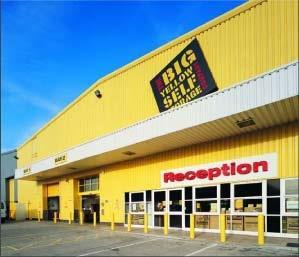 It told the Stock Exchange today that the bank facility with the German bank, which was the sole arranger and underwriter, was a five year partly revolving banking facility.

It replaces the previous £325m debt facility which was provided by Royal Bank of Scotland and was due to expire in April 2010.

Big Yellow has been weathering the downturn in the housing market, which many analysts thought would severely hit the self-storage sector.