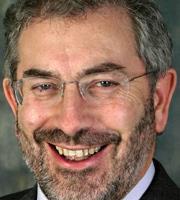 Sir Bob Kerslake, Sheffield City Council’s chief executive, has been confirmed as the inaugural head of the government’s Homes and Communities Agency.

Kerslake will head the agency which will be formed from the merger of English Partnerships, the Housing Corporation and the operational delivery side of the Department of Communities and Local Government.

The agency will be carrying out the Government’s ambitious proposals to deliver 3m new homes by 2020 as part of its housing strategy.

Kerslake, who has previously worked as chief executive of the London Borough of Hounslow (PW Features30.11.2007) will oversee the establishment of the agency and will officially become chief executive in April 2009.

Yvette Cooper, housing and planning minister, said: ‘Bob is an excellent person for the job. He has the skills, experience and leadership the new agency needs. His knowledge of local government will be particularly valuable in his new role.’