Sidra poised to buy the Ritz from Barclay brothers

Sidra Capital is close to buying the Ritz hotel in London from the Barclay Brothers, according to the Financial Times. 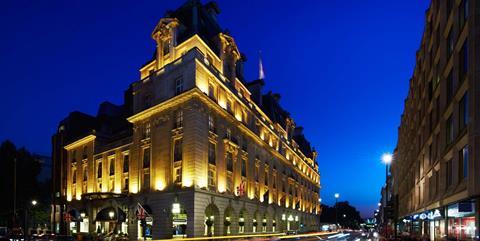 The Saudi-backed company is reportedly in advanced negotiations to buy the £800m trophy asset for an undisclosed sum, which had been on the market since last year.

The hotel in Piccadilly, built by César Ritz in 1906, was acquired by the billionaire brothers in 1995 for around £75m. They have since spent millions of pounds refurbishing it.

In 2018, Sidra tried to buy Grosvenor House in Mayfair from the Ashkenazy Acquisition Corp. The luxury hotel was eventually acquired by the Qatar Investment Authority.

The same year, the Barclay brothers snapped up the Beaumont hotel in Mayfair for around £140m.

JLL and Spartan Advisors are representing the Barclay brothers.