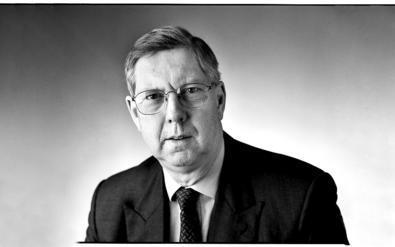 Sir David Clementi has been appointed as chairman of King’s Cross Central, the partnership which will develop the 67 acre north London Scheme.

King’s Cross Central comprises a joint venture between developer Argent and London & Continental Railways and DHL-Exel which is the landowner of the site.

Clementi is a former deputy governor of the Bank of England and the outgoing chairman of Prudential and heads up the Property Industry Alliance which is an umbrella organisation to bring together the efforts of the four main property-orientated industry bodies: the British Property Federation, the RICS, the British Council for Offices and the Investment Property Forum.

He will take up his position in October this year and head a board which will contain representatives from all three companies.

Clementi said: ‘This is a hugely exciting time to join one of the UK’s most dynamic developments.

'Not many people get a chance to lead the regeneration of such a vibrant part of central London. I am really looking forward to working with the team at King’s Cross Central.’

Peter Freeman, director at Argent and a director of the King’s Cross Central Group, said: ‘King’s Cross is moving forward rapidly after eight years of careful planning. The construction spend will be £4m a week by next spring.

'The area will be transformed in the next few years. We are delighted to have someone with such great experience and a real enthusiasm for property as Chairman of the Board.'

The huge regeneration scheme at King’s Cross will comprise 4.5m sq ft of offices, 1,900 homes, of which 40% will be affordable housing, and about 1.5m sq ft of retail, leisure and community uses.