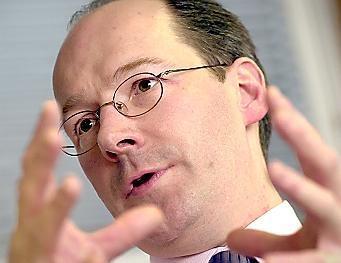 John Swinney, cabinet secretary for finance and sustainable growth in the Scottish government, has maintained that the Scottish Futures Trust will play a significant role in building infrastructure in Scotland going forward.

The mysterious quango has come under criticism for having been inactive since its formation in September last year. Concerns escalated in January when the government decided that it would not be in charge of the building of a new Forth Bridge and at the end of last month the Convention of Scottish Local Authorities (Cosla) took the decision to set up its own taskforce to help replace Scotland’s ageing schools as a result of a lack of action by the SFT.

‘And that role is going to become ever more significant in the current public spending climate that we are about to go in to, where public spending will be under real and acute pressures.’

The Scottish Futures Trust is headed by chief executive Barry White, ex head of BAM PPP and is the Scottish National Party’s alternative to PPP/PFI. It is designed to be a knowledge hub that councils can, but are not obliged to, call on for particular projects. It is also due to fulfill the role of bringing together public sector projects across Scotland in order to increase its bargaining power with the private sector in procurement.

‘If you look at the history of public infrastructure development in Scotland it is abundantly clear to me that although we have taken forward a range of different projects in different parts of Scotland, I don’t think the public purse has particularly benefitted, if it has befitted at all from the passing over of value and expertise from one project to another,’ said Swinney.

Swinney promised that during the course of the year there would be major announcements made on the commissioning of new schools and infrastructure under the SFT and explained that it would play some part in the future of the Forth Bridge.

‘The problem with the Forth Bridge is that it doesn’t need to be aggregated with anything else – it’s a hell of a big project to begin with. We took a judgment that doing it through traditional procurement was the appropriate route. The SFT has always been involved in an advisory capacity in relation to the procurement challenges and I would expect that involvement to continue.’

Listen to the full interview below::