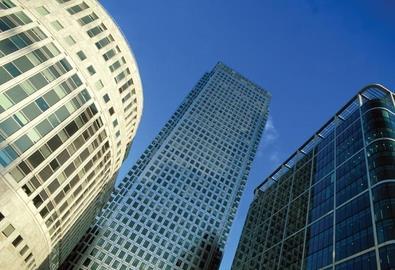 It concluded that relocating 80,000 jobs within London to more accessible high density locations would increase output by £206m annually, or £2,500 per worker.

The report explained that these benefits would be sensitive to location and can only realistically be achieved around existing transport hubs, with capacity for absorption or expansion and where density is already high and land scarce. ‘That means, in practice, building upwards,’ it said.

Although employment density is not particularly high in the UK, for example, London has 250,000 employees a sq mile compared to more than 600,000 in mid town Manhattan in New York.

However, London’s dense economic area is seen as a key factor behind its economic performance, estimated at 38% higher than the UK average. Colin Buchanan said this greater marginal output is worth some £45bn or around 5% of the UK’s total output.

The report will be launched by the British Property Federation at the London Major Projects Forum later today.

BPF chief executive Liz Peace will tell delegates that the property industry has been concerned for some time that proposals for tall buildings, particularly in London, have run into ill-informed opposition which has precluded a well balance debate about the pro and cons of individual schemes.

She said the research was aimed at ‘restoring balance to the tall buildings debate’ as the economic and environmental benefits of high density and tall buildings have been overlooked as arguments have focused on perceived damage.

‘Building more densely is better for the environment, as the properties use less land and workers are better placed to make use of public transport. We’re not saying ‘cover our cities in tall buildings’, but what we need is balance, and clusters of tall buildings strategically placed around public transport hubs have clear benefits,’ said Peace.

‘We may be in a downturn at the moment, but in years to come there will once again be increased demand for commercial property, and in some areas, high density development could be the solution.

'We hope that anyone reviewing policy in this area will take this report on board and the debate, which will undoubtedly rage on can now be better informed and better balanced.’