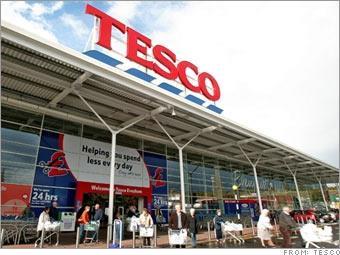 Tesco, the supermarket retailer, has reported UK sales growth of 5.9% for the 13 weeks to 22 November, despite a tough retail climate.

It saw like-for-like sales in the UK rise by 3.2%, including petrol.

Terry Leahy, chief executive at Tesco, said: ‘ We are making solid progress in the UK in the face of challenging market conditions, particularly in non-food. We are pleased with our progress but we are also realistic - the current economic climate, and the strain this is putting on consumers everywhere, is something that all businesses are feeling, including ours.’

But in the latest TNS Worldpanel research on the supermarket sector for the three months to the beginning of last month about £22m worth of consumer spending switched directly from Tesco to ASDA.

TNS Worldpanel research found Tesco was behind its rivals in growth for the 12 weeks to November 4. Sales grew 5.4% compared to a rise of 9.4% at Morrison, 9% at Asda and 6% at Sainsbury's.

But Tesco said the UK business had won 300,000 more customers a week and had seen improving volume growth in our core food categories, driven by the early success of our new 'Discounter' products and related changes.

It said despite some of its European markets seeing some slowdown international sales were strong.

International sales were up 28.1% at actual exchange rates and by 14.6% at constant rates. This included a particularly strong performance in Asia.