Over a third of local authorities across England and Wales missed their house building targets in 2019, according to new MHCLG data analysed by proptech firm LandTech. 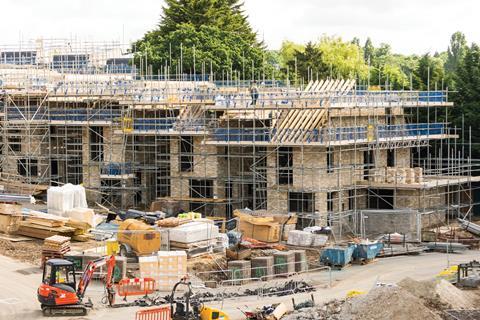 Some 34% of local authorities did not build as many houses as they were supposed to.

Among the lowest below its housing delivery figures was the City of London, which only achieved 32% of its housing target in 2019, sinking from 42% in 2018. Havering also reached 33% of its target last year compared to 49% the year before.

According to the National Policy Planning Framework (NPPF), authorities that are 95% below their targets need to develop an action plan showing why they are not delivering on their targets and to set out how they will improve.

This number, however, falls short of the 300,000 new homes a year the government has committed to deliver annually by the mid-2020s. Based on 2019 figures, local authorities would need to build 32% more homes each year to meet the government’s commitments.

“What’s clear from this data is that a lot of homes are being built – but it’s still not enough,” said Jonny Britton, co-founder chief executive of LandTech. “We know that developers are eager to do more. We work with housebuilders of all shapes and sizes, and the appetite to build houses is there.”

Britton encouraged the government to open up more of its existing datasets to help developers the best places to build new homes.

“Supporting these developers – with new datasets and wider access to technology – will help them deliver the right houses, in the right places,” Britton said. “We’ve seen firsthand the impact it’s had as LandInsight users have been able to find opportunities for new housing in sites that might once have been overlooked.”