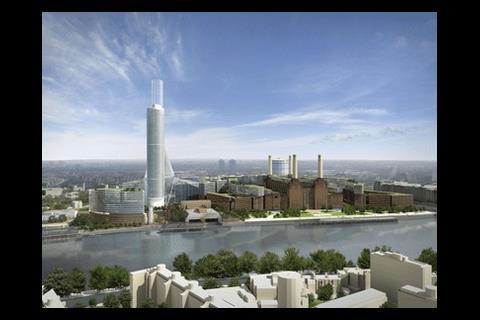 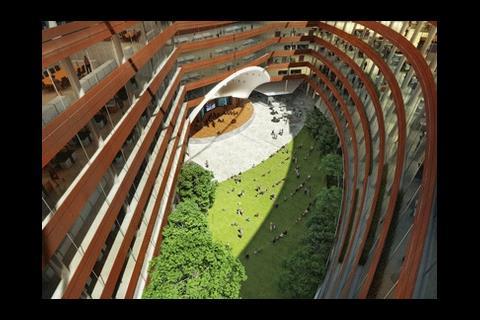 Treasury Holdings UK has reduced the height of its Battersea Power Station plans to 250 metres.

The reduction was in response to concerns over the view of Houses of Parliament following the largest public consultation ever conducted in the UK on a development project.

The planned ‘Eco-Dome’ – which will ventilate the Power Stations’ 1.3m sq ft of office space in a carbon neutral fashion – will now be smaller too.

The frontage of the development on Battersea Park Road has also been re-designed to make it more ‘accessible’ while the Eco-Dome has been relocated on the site nearer to the Thames and reduced in massing.

Also included in the latest scheme is a one-acre 2,000-seater performing arts amphitheatre and a luxury hotel.

The formal planning application is still due to be submitted in spring 2009, while construction aims to start in 2012 and be completed by 2020.

Rob Tincknell, Treasury Holdings UK MD, development manager for the owners Real Estate Opportunities said: ‘The Eco-Dome and the chimney will be a symbol of London and the UK’s commitment to mitigating the effects of climate change and will act as a signpost for the regenerated area of Nine Elms.

‘The mix and scale of the development is a reflection of views expressed during intensive consultations over the last six months. We are also very pleased that the US Embassy is considering locating to Nine Elms and we have taken this into account when adjusting the mix of the development.

‘Over the last 12 months we have, in conjunction with Transport for London, conducted a series of studies into our proposal to extend the tube to Battersea which have all demonstrated that the extension is extremely viable, fundable and a very sensible solution to the transport problems of the area.’