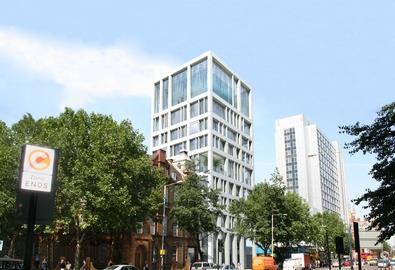 The site of the former Elizabeth Garrett Anderson Hospital at Huntley Street is going to be redeveloped with two new office buildings, the restoration of the former hospital buildings, and 47 apartments.

Dave Prentis, UNISON’s general secretary, said the building will have high Green standards and will contribute to the wider regeneration of the King’s Cross area.

The scheme, designed by local architects Squire and Partners, was approved by Camden Council.

The plans, which also include an exhibition space dedicated to the Elizabeth Garrett Anderson, a pioneering physician, will now go before the Greater London Authority.