The Vatican has launched a probe into the £129m purchase of a London office building. 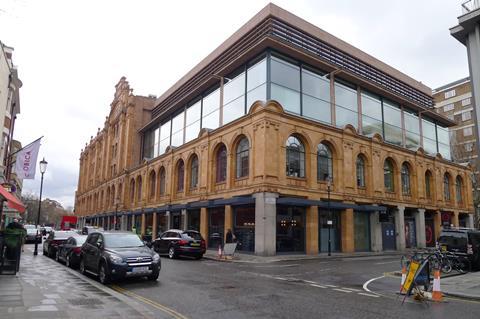 The Holy See is investigating how more than $200m (£156m) of money given to the Church for charitable activities and held in bank accounts controlled by its Secretariat of State was spent on the acquisition of 60 Sloane Avenue in Chelsea.

In 2012, Deka Immobilien sold the 122,831 sq ft office block to Jersey company 60 SA, which was jointly owned by the Vatican and Italian businessman Raffaele Mincione, through his investment firm WRM Capinvest.

In 2016, the owners won planning consent to convert the offices into 49 flats with an estimated value of £400m.

Last November, the Vatican bought Mincione’s majority stake in the building for £40m, as well as £100m of debt attached to it, using capital from a fund that collects money given to the Church for charitable activities.

Earlier this month, the Vatican police raided the Secretariat’s offices looking for evidence of the acquisition.

It also temporarily suspended five employees connected to the deal, including two people who figured among the directors of the British company that last year took over the ownership of the building.

The notice of the suspension was leaked to the Italian press and led to the resignation this week of the Vatican’s head of security, Domenico Giani.

In a statement, the Vatican confirmed that Giani resigned “in order to to assure the proper serenity to the ongoing investigation”.