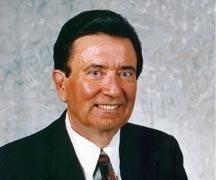 The former chief financial officer of Wal-Mart said the world’s largest retailer faced ‘really big challenges’ if it was to maintain its success.

Jack Shewmaker, who is still a Wal-Mart director, speaking today at the World Retail Congress in Barcelona pinpointed a raft of concerns that he urged the retailer to address.

‘The world is changing. Wal-Mart has to change, but I’m not sure it’s changing fast enough,’ he said. ‘Wal-Mart is doing what [founder] Sam Walton never did – underestimating the competition.

‘When we get in that position we undervalue new concepts from a new field of competitors. You need to do what Sam did and look at what others do better than you. Before you say ‘that won’t work for us’, think about it.’

Customer is king
He also said that Wal-Mart and other retailers were 'failing to succinctly meet customers’ needs in core markets’ because they were getting ‘caught up in growth mode’. He said retailers should constantly invest in their operations, particularly core operations, even during downturns.

‘The luxury of not doing anything to a store for 15 years doesn’t exist any more – it’s down to less than five,’ Shewmaker argued. 'You need to take your cap-ex budget apart and make sure you’re rejuvenating your core business.’

He flagged the need to communicate effectively with all stakeholders, ranging from suppliers to customers, staff and investors.

Too narrow focus
‘Don’t get overly focused on one segment so you slight another. Wal-Mart has been guilty of that over the years,’ Shewmaker said.

He believes the biggest issue facing retailers is the breakneck pace of change and that those who fail to adapt quickly would be ‘consigned to the dustbin of history’.

‘If you’ve got the same model you had five years ago, I’d take another look,’ he said. ‘The customer is changing. You’ve got to put your vote in the merchandise categories that are important to today’s consumer.’