The competition watchdog has found that Tesco has been unlawfully preventing rivals from opening shops near its stores. 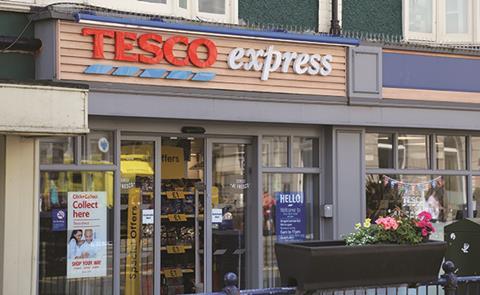 The Competition and Markets Authority said it first discovered that Tesco had been in breach of competition rules in 2018. Tesco subsequently reviewed all its land agreements and found 23 breaches in total.

Tesco has now agreed to put an end to anti-competitive practices and the CMA has written to all other major supermarket chains asking them to show that their land agreements are not in breach.

The company was found to be in breach of the Groceries Market Investigation (Controlled Land) Order 2010, which banned restrictive clauses that prevent a piece of land from being used for a supermarket. The order also banned exclusivity agreements lasting over five years that prevent landlords from allowing competing convenience stories in the same block as an existing store.

Andrea Gomes da Silva, executive director, markets and mergers at the CMA, said: “It’s unacceptable that Tesco had these unlawful restrictions in place for up to a decade. By making it harder for other supermarkets to open stores next to its branches, shoppers could have lost out.

“In the future, we want the ability to fine businesses if we find that they are in breach of our orders. That’s why we’ve called on the Government for more powers.”