Welcoming a next generation of women into the built environment sectors

To mark International Women’s Day 2021, Property Week is publishing comment pieces from female voices from across the industry every day this week. Today, Part W founder Zoë Berman discusses the work the campaign group is doing and its new outreach programme with Moda Living. 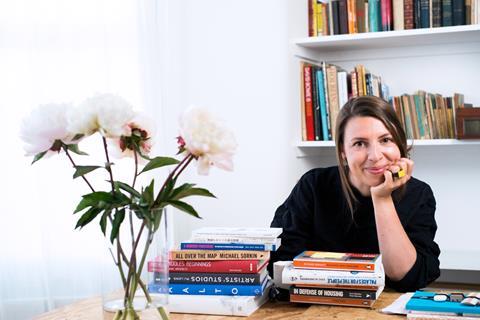 We started discussions over crisps and wine. I had wanted to better understand the issues of gender equality in the built environment and to develop ideas for change. I knew it wouldn’t be realistic for me to delve into such a complex subject on my own and that best thinking would come from collective discussion.

In the late summer of 2018 I convened a group of women who work within the built environment sectors across architecture, engineering, planning, place-making, design education, sustainable transport and in-project management. Fuelled with snacks and armed with Post-its, we started sharing knowledge between us on what good things are happening in the sphere of gender equality and the built environment – and where are there still significant obstacles.

One of the issues we found ourselves coming back to time again was the issue of visibility. Women are underrepresented in these sectors. In the UK, around 11% of engineers are women, thought to be the lowest rate in Europe. Women make up 28% of registered architects in England – a figure that has stubbornly hovered around the same mark for some decades. Organisations such as Women In Property continue to work hard to shift the dial in achieving gender parity across the built environment sector but their ongoing work demonstrates positive change is still necessary.

We started talking about how our group, Part W, could bring about constructive change. Our first campaign was hugely successful. We ran a social media campaign that drew attention to the fact that in international design and architecture awards, the work of women and those from minority backgrounds has consistently been overlooked. By way of example, when we started our campaign the Royal Institute of British Architects (RIBA) Royal Gold Medal – which has been awarded since 1848 and granted “to a person or group of people considered to have made a significant contribution either directly or indirectly to architecture” – has been awarded to only one woman in her own right (Zaha Hadid in 2016). Moreover, the Gold Medal had never been awarded to a black architect (although David Adjaye has since won the 2021 prize).

Hundreds of people got involved in our project, which shone a spotlight on the many women who have been overlooked throughout history. However, there is more to do in bringing about positive and lasting change. It is vital for us all to address how we help the next generation of designers, place-makers and others that work in the built environment and property sectors.

There is the often-used phrase “you have to see it to be it”. This slogan is particularly relevant when it comes to supporting a next generation of young people to consider the sector as place for them to have a career. We started sharing thoughts about this with Moda Living. Doing things differently is built into Moda’s core thinking, which aims to ‘change the rules of renting’. Together we share a desire to encourage the next generation of diverse young women to choose the property, design and construction sector for their long-term careers.

Our organisations share a belief that to achieve this, we need to reach out to girls and young women early in the career journey to reveal sources of information, resources and routes towards mentorship. There is great work being done by many organisations. But one of the things lacking is clear signposting towards those sources, with information often being inaccessible or hidden.

Together, we have made a first step in guiding young women towards learning about the opportunities that are out there. Part W is a wholly voluntary group. Moda has stepped forward to offer sponsorship to produce a short and catchy film to share on social media channels. It will be designed particularly with 16- to 24-year-olds in mind and will be disseminated among design colleges, schools, colleges and universities.

Historically, the work women do across all the built environment sectors has been undervalued and there has been limited funding available to promote and support women. Moda’s donation will be followed up with a pilot Q&A session that will see intersectional representatives from across the property, design and construction sectors sharing insights about their work and talking about how together women and men are making the sector a more diverse, open and supportive place to work.

There is still a lot of change needed to make this sector truly inclusive. But projects such as this are putting us on the right path.