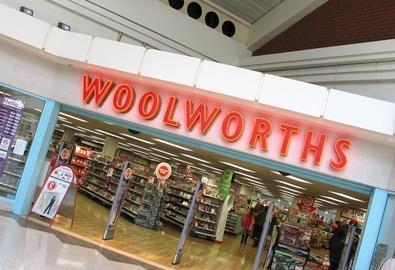 The Landlords of Woolworths’ 813 stores were waiting to see which retailers would bid to take on Woolworths leases this week.

Woolworths’ administrator, Deloitte, was this week examining offers for the Woolworths portfolio.

Landlords that own shops let to Woolworths range from small private landlords to big quoted companies.

The big quoted property companies’ exposure to Woolworths is minimal. Liberty has four Woolworths stores, which account for 1% of its rental income – less than £3.7m – while Hammerson is the least exposed, owning only one store, said JP Morgan.

It is thought a buyer for between 250 and 400 of the 815 stores will be found by today. It is expected it will take on the Woolworths name and some of its staff and stock. Dragons’ Den star Theo Paphitis, owner of Ryman; Tony Page, who ran the retailer’s stores division consortium; and private equity bidders are among the bidders.

The remainder of the business will be broken up and fought over by acquisitive retailers from the food, fashion and pharmacy sectors hoping to buy the leases on Woolworths stores, as well as landlords keen to take back leases on properties they own.

Among the retailers thought to have made bids for stores are Tesco, ASDA, New Look and H&M.

Many Woolworths have a food consent, thanks to their pick-and-mix sweets counters, which makes them very attractive to food retailers anxious to gain market share.

It is also thought that a minority of leases may be guaranteed by Woolworths’ former parent, Kingfisher Group, which demerged from Woolworths in 2001.

Deloitte hired Hilco – the restructuring specialist that was in talks to buy the business before it went into administration – to help run the stores and CB Richard Ellis is advising on the sale of the leases.

The administration of MFI is a sorrier tale. Most of its stores are on retail parks and many are large ‘first generation’ units.

It is thought there will be few takers for the business as a going concern, as previous owner MEP did everything it could to find a buyer or a backer for the business right before it went into administration last week.

It is also unlikely that there will be many takers for individual stores because very few retailers are expanding into large stores in the bulky goods sector. Landlords of these units are also still struggling to shift units vacated by other failed chains such as Courts and Powerhouse over the past five years.