The planning system needs specific fixes, not another overhaul

The planning system continues to be a hot topic in the property industry, the biggest concern being that the existing system is hampering growth and creating a barrier to development. 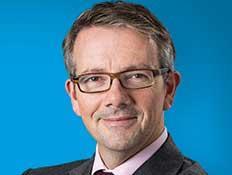 With the current lack of housing supply in the UK, this second point is particularly poignant.

In 2012, the government’s response was to implement ‘growth-friendly planning rules’ to resolve these issues. Two years on, and with the construction sector seemingly rebounding from recession, to what extent has this worked?

With the British Property Federation, we have conducted one of the largest independent reviews of the UK planning system, reviewing more than 4,100 applications, and surveying more than 500 property professionals. The results in terms of the volume of applications made and proportion granted approval are largely positive, but there is still a problem: time.

On average, approvals took 25 weeks - almost double the government’s target of 13. Developers in the UK recognise this as a pressing issue, with 71% dissatisfied or very dissatisfied with the time taken to make decisions.

Anecdotally, we are also seeing the six months in the application stage mirrored by a further four to six of ‘pre-app’ preparation. Having developments stuck in planning for 12 months is simply not good enough.

However, further widespread reforms of the system are not the answer. Three years of data show the National Planning Policy Framework and other coalition reforms have created no sign of an upturn in the volume of major applications.

A big part of the problem is that local planning authorities (LPAs) are chronically under-resourced. Could the private sector give them financial support that is cost-neutral overall? And could better-performing LPAs share knowledge, skills and resources with others? We are looking to engage with the industry on these options. For now, however, it seems that instead of overhauling the whole system, we need to get into the fine grain and fix individual problems as they arise.